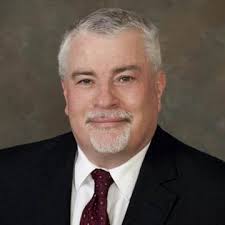 Steve Haley is the President of the Kentucky-Tennessee Conference, and a 1983 graduate of Southern Adventist University. Steve was born in and grew up in the Maryland suburbs of Washington, D.C. near Rockville, where as a young adult, he served as a police officer.

Steve’s mother was and is a Seventh-day Adventist, and endeavored with dedication to introduce her three sons to Christ. Some of his fondest childhood memories include the friendships and activities that surrounded being a part of a small Adventist congregation. His grandmother, uncles, and some of his cousins were all members of the Rockville Adventist Church and spring camp-outs, winter sledding parties, and fall hayrides were occasions for both fun and family. These experiences also served as a means by which from childhood, his life would be closely tied in a positive way to the Adventist Church.

Steve was a student in both Adventist and public elementary schools through eighth grade and was blessed to attend and graduate high school from Shenandoah Valley Academy. He believes that it was during his teen years that he began to get a picture of God as someone more than a judging deity but a God of grace and compassion.

Fulfilling a childhood dream to work in law enforcement, for three years Steve was a patrol officer in the city where he grew up. During this time he increasingly felt convinced that God had another plan for his life. In 1981, Steve returned to Southern Adventist University where he had attended briefly following high school. Originally pursuing a teaching degree, the unexpected death of his father, helped convince him to prepare for pastoral ministry.

Following completion of his B.A. in Religion at Southern, Steve was sponsored by the Georgia-Cumberland Conference to the Seminary at Andrews University where he completed his Master of Divinity degree in 1985. He then served as a pastor in Marietta, Waycross, and Stone Mountain, and for over seven years was the Senior Pastor of the Bowman Hills Church in Cleveland, TN.

In 2001, Steve became the Regional Ministerial Director for the east Tennessee portion of Georgia-Cumberland Conference. Four years later, he was appointed to the position of Vice President for Administration where he served until his election in 2009 to the Presidency of the Kentucky-Tennessee Conference.

In addition to his B.A. and Masters degrees, Steve has an associate degree in law enforcement from Montgomery College, and in 2016 graduated from Denver Seminary with his doctoral degree in Executive Church Leadership.

Steve’s wife Malinda is a nursing graduate from Southern Adventist University. Their daughter Carissa works as a Human Resources Specialist in Nashville. Their son Brendan is a Business major at Arizona State University, and their youngest son Christopher serves in the United States Marine Corp.

Elder Haley passionately believes that Jesus is returning to earth, as he promised, very soon. In recognition of Christ’s coming, it is his desire that the mission of Kentucky-Tennessee Conference prioritize reaching Kentucky, middle and West Tennessee with the transforming Gospel of Christ. It is his prayer that the conferences’ congregations be living reflections of Revelation chapter fourteen’s invitation to live in loyalty to God, and in harmony with His holy purpose for our lives.

Majoring in the Minors